20 Fun Games To Play Over The Phone 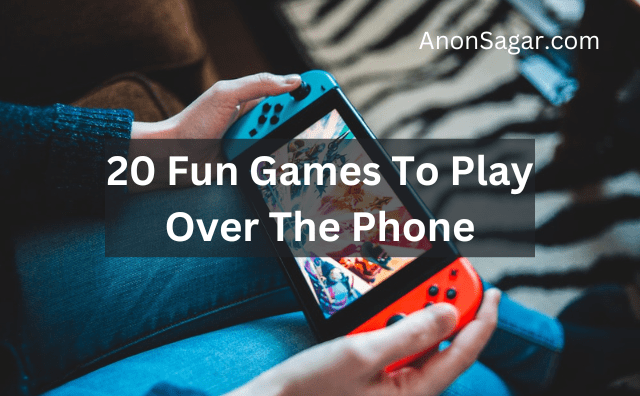 20 Fun Games To Play Over The Phone
We all know how frustrating it is to be bored, especially when we are stuck at home with nothing to do. But there is one silver lining to being bored at home: we can always pick up the phone and call a friend to chat and pass the time.

And while we are on the topic of phone calls, why not make things a little more fun by playing some games? That’s right, there are plenty of games that can be played over the phone. So the next time you find yourself bored and with nothing to do, why not give one of these 20 fun games a try?

1. 20 Questions
This classic game is a great way to get to know someone better or to learn more about a subject you’re interested in. One person thinks of something – it could be a person, place, thing, or even an abstract concept – and the other person has 20 questions to try to figure out what it is. The catch is that each question can only be answered with a “yes” or “no”.

2. I Spy
This is a game that is usually played when you are in the car or on a road trip, but it can also be played over the phone. One person starts by saying “I spy with my little eye something that is (color)” and the other person has to guess what object the first person is looking at. This game can be quite difficult, but it is also a lot of fun.

3. Word Association
This game is similar to 20 questions, but instead of asking questions, you just say a word and the other person has to say a word in response that is associated with the first word. For example, if you say “dog”, the other person might say “bark”. This game can be played with as many people as you want and can be quite entertaining.

4. Would You Rather?
Would You Rather Reigns is a game where you have to choose between two difficult trivia.
This trivia game contains many questions. This game is a great way to start a conversation and get to know someone’s preferences. One person poses a dilemma in the form of a “would you rather” question, and the other person has to choose which option they would prefer.

5. Two Truths and a Lie
Two Truths and a Lie is a fun group-based game you can play at parties or use as ice breakers. In this game, each person takes turns telling three stories, one of which is a lie. The other players then have to try to guess which story is the lie. This game is a great way to learn interesting facts about the people you’re playing with.

6. Alphabet Game
In this game, one person thinks of a category (e.g. animals, cities, countries, foods, etc.), and the other person has to name something in that category for every letter of the alphabet. The first person to run out of ideas loses.

7. Categories
This is a similar game to the Alphabet game, but instead of thinking of something for every letter of the alphabet, each person takes turns naming something in a specific category (e.g. animals, countries, brands, etc.). The first person to run out of ideas loses.

8. Word Ladder
In this game, one person thinks of a word, and the other person has to think of a word that is related to that word, and so on. For example, if the first word is “cat”, the next word could be “pet”, and then “dog”, and so on. The first person to run out of ideas loses.

10. Hangman
This classic game is a great way to pass the time and improve your vocabulary. One person thinks of a word, and the other person has to guess the letters of the word one at a time. If the guessed letter is in the word, the first person writes it in its correct position. If the guessed letter is not in the word, the first person draws a part of the hangman’s body. The game is over when the hangman is complete or the word is guessed.

11. License Plate Game
This game is a great way to pass the time on a long car trip. One person looks for license plates from different states, and the other person has to guess which state the plate is from. The first person to spot a plate from every state wins.

12. Would You Rather? 2
This is a variation of the game Would You Rather? In this game, each person poses a dilemma in the form of a “would you rather” question, and the other person has to choose which option they would prefer. The twist is that the options are usually absurd, humorous, or impossible, making the game even more fun.

13. Never Have I Ever
This is a great party game that can be played with any number of people. Each person takes turns making a statement about something they have never done, and everyone else who has done that thing has to take a drink. The game is a great way to break the ice and get to know people better.

14. Truth or Dare
This classic party game can be played with any number of people. Each person takes turns either choosing to answer a question truthfully, or choosing to do a dare. The dares can be anything from harmless fun to slightly embarrassing.
15. Simon Says
This is a great game for kids, but can be enjoyed by adults as well. One person is chosen to be Simon, and gives instructions to the other players. The instructions must start with the phrase “Simon says”, or else the players are not obliged to follow them. The game is over when Simon makes a mistake, or when a player disobeys an instruction.

16. Scavenger Hunt
This is a great game to play with a group of people. One person is chosen to be the “huntsman”, and the other players are the “hunters”. The huntsman gives the hunters a list of items to find, and the first person to find all the items wins.

17. Word Scramble
Word Scramble is the most relaxing and simplest way to hone your vocabulary and spelling skills. In this game, one person thinks of a word, and the other person has to unscramble the letters to guess the word. This game is a great way to improve your problem-solving skills.

19. Sentence story builder
This game goes like this, one person starts with some sentence. Then the next sentence should be formed by another person which should make sense with the first sentence and build a story. It keeps going like this, it becomes interesting if you play this in-group, the way other people continue to your sentences and something which comes in the last would make you laugh like crazy.

20.Song Lyrics
The game will be interesting for those who are passionate about music. You take turns singing a melody of a song without words or turn on the soundtrack, and the opponent must guess the song’s name and the singer. For each correct answer, you are given one point. The player with the highest score wins. 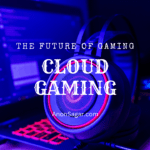 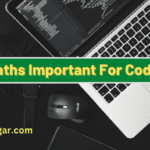 Next Story
Is Maths Important For Coding?